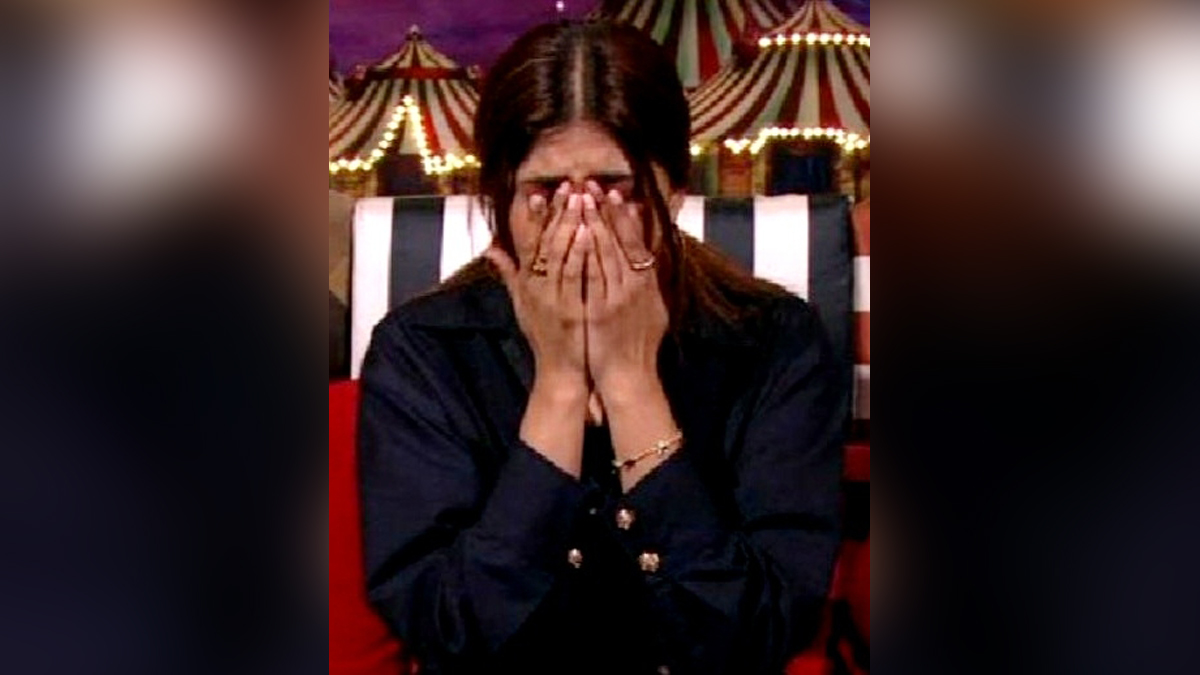 Mumbai : In the upcoming episode of ‘Bigg Boss 16’, contestant Nimrit Kaur Ahluwalia will be seen having a breakdown and crying inconsolably after being called a “weak contestant” in the reality show. In the last episode amid the nomination task, Sumbul Touqeer, Nimrit Kaur Ahluwalia, MC Stan, Tina Datta got nominated.
After coming out of the activity area, where the task was held, Priyanka, Archana celebrated that finally they could nominate Nimrit as she was getting saved since past few weeks. They even called her weak.
A promo shared by the channel Colors on Instagram, Nimrit can be seen having an emotional breakdown in front of Shiv Thakare, Abdu Rozik, Mc Stan and Sajid Khan. She is also seen complaining to Sajid Khan for not being their and giving his support when she needed the most.
In the video, a tearful Nimrit says, “I’m sick and tired of being called a weak contestant, fu** you all, I am not, I am irritated.” Sajid calls her “depression ki murat”. She says: “Sir, I am feeling low, and in the house I am close to Shiv and you and if I don’t share my problems with you guys then what’s the point.
There are so many people in the house who come and comment 50 different things but I let go them. “I have a complain with you that you don’t have enough time for me. Aaj main shayad pehli baar aap ko haq se bol rahi hoon, jab mujhe zarurat thi aap kahan the.”