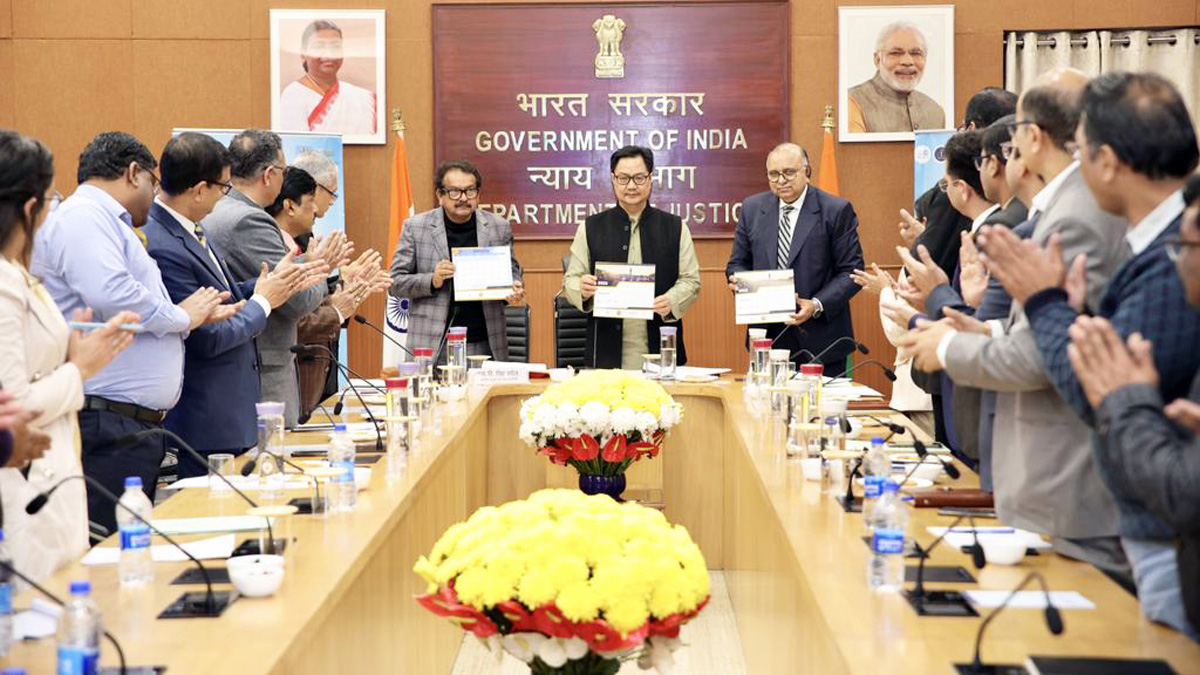 New Delhi : Law Minister Kiren Rijiju on Tuesday said that the Supreme Court collegium publishing inputs of Research & Analysis Wing (RAW) and Intelligence Bureau (IB) on candidates recommended by the collegium for judgeship, is a serious issue.
Addressing the media at the felicitation of award winners of the e-courts project, Rijiju said that putting out sensitive inputs of RAW and IB in public is a serious issue and he will speak more about it at a later point in time.
He added that if a person is working for the nation, then he may think one day his RAW and IB files can be made public. “It is a matter of concern…
It is a serious issue and one day I will speak on this,” he said, while responding to a query regarding collegium’s recent statements in public domain citing objections raised by the Central government to recommendations made regarding the judges’ appointment.
The Law Minister declined to comment further on the collegium resolutions. Last week, the apex court collegium published on its website resolutions reiterating names of some advocates for judgeship in various high courts.
The apex court cited inputs by RAW and IB on candidates, whose files were returned by the Centre to the collegium for reconsideration.
In a statement, in connection with appointment of openly gay lawyer Saurabh Kripal as a judge of the Delhi High Court, the collegium said: “From the letters of the Research & Analysis Wing (RAW) dated 11 April 2019 and 18 March 2021, it appears that there are two objections to the recommendation which was made by the collegium of this court on 11 November 2021 approving the name of Saurabh Kirpal namely: (i) the partner of Saurabh Kirpal is a Swiss National, and (ii) he is in an intimate relationship and is open about his sexual orientation”.
Reiterating Kripal’s name, the collegium said there is no reason to pre-suppose that the partner of the candidate, who is a Swiss National, would be inimically disposed to our country, since the country of his origin is a friendly nation.
“Many persons in high positions including present and past holders of constitutional offices have and have had spouses who are foreign nationals,” it added.