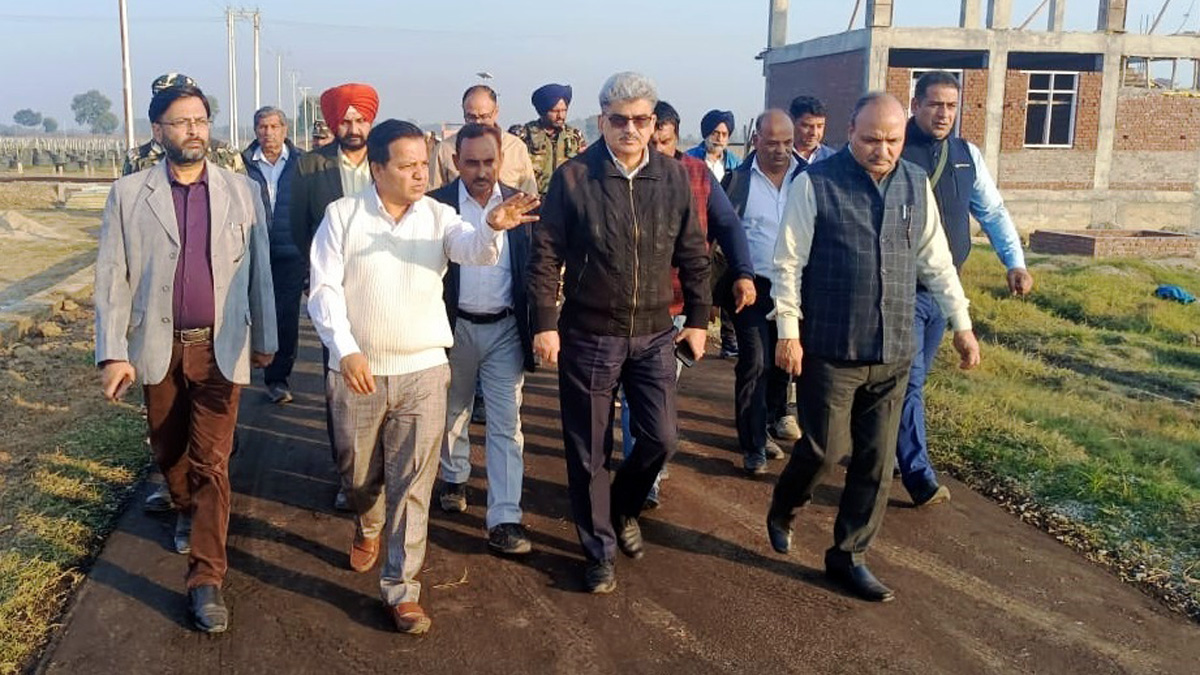 Jammu : Additional Chief Secretary, (ACS), Agriculture Production Department, Atal Dulloo, today visited the Mega Fruit Plant Nursery, being developed at Chakroi, R S Pura.The nursery will be the first of its kind in history of the department exclusively for production of cultivars of high density fruit plants which will cater to requirement of farmers of Jammu province to a great extent.
During the visit, Additional Chief Secretary inspected the newly constructed Automated Micro Irrigation System for judicious use of water developed with latest techniques for development of the mega Fruit Plant Nursery, Chakroi.
He said the nursery, being one of the biggest nurseries in UT of J&K, can cater to the needs of farmers of sub tropical areas of Jammu division.Dullo also visited protected cultivation structures including Hi-tech poly house, insect proof net house, screen house and other parts of the nursery.
He exhorted upon the officers to work with zeal and dedication to serve the farming community in a better way. He appreciated the work done by the department in developing the mega nursery on scientific lines in a shortest possible time.
Earlier, Director Horticulture, Jammu, Ram Sevak briefed about the development works being carried out in the mega nursery for its holistic development on modern lines covering an area of 805 kanal.
He informed that the nursery is being developed with latest technologies for production of true to type High Density fruit Plants of Mango, Guava, Litchi, Citrus, Dragon Fruit and other exotic and niche fruit crops.
The mother plants of these species, procured from the prominent Agriculture and Horticulture institutes from across the country, have been planted in the mega nursery.