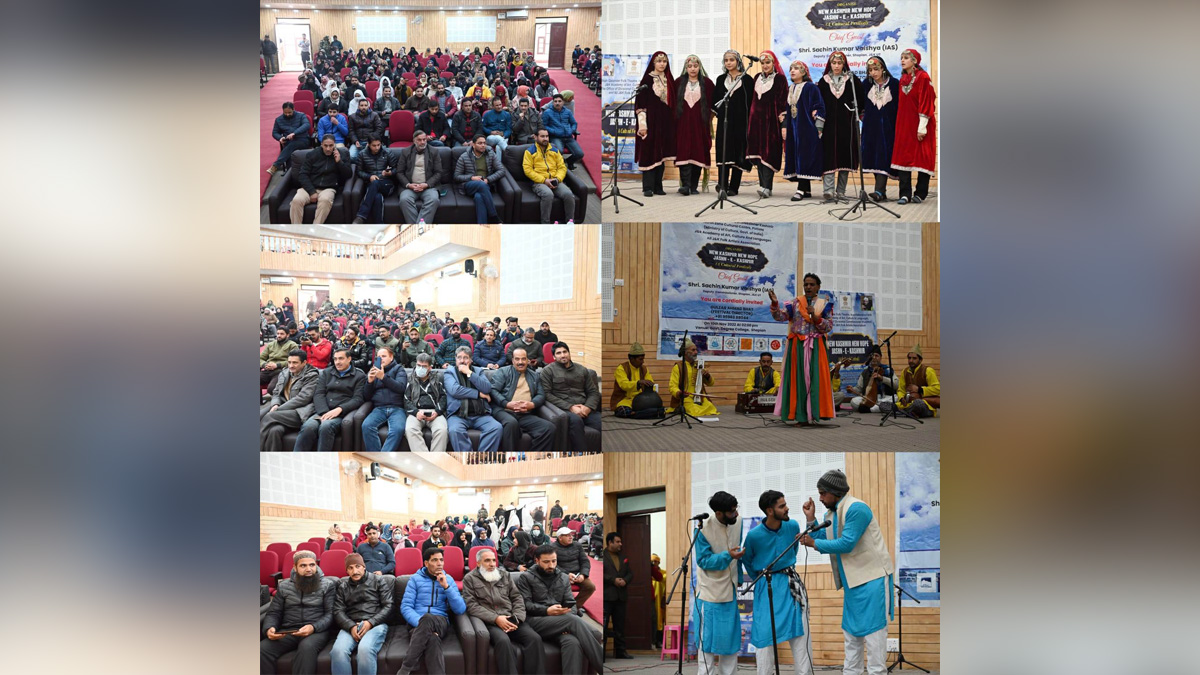 Shopian : J&K Folk Artists Association and Shah Qalander Folk Theatre in collaboration with District Administration Shopian today organized ‘Mega Cultural Festival’ at the Auditorium of Imtiyaz Memorial Government Degree College (IM-GDC) Shopian, here.
The Deputy Commissioner (DC) Shopian, Sachin Kumar Vaishya, who was chief guest on the occasion, inaugurated the Cultural Festival with “Isban Sozi”.The Festival was organised to celebrate the rich tradition, culture and heritage of the district.
The DC complimented the organizers for organizing such a cultural show in the district.The main attractions of the programme were Bacha Nagma by Manzoor Ahmed Shah and party, Kashmiri Wanwun, Kashmiri Rouf by College girls, Welcome Song by Government Girls Higher Secondary School, Shopian; Damali Dance by Sagar Shabir and his team, Walive Aasove Skitch by Kulgam Artists, besides folk dances and music performances.
Several students of various schools of the district also presented performances which were highly appreciated by the audiences.All J&K Folk Artists Association Chairman, Gulzar Ahmad Bhat in his welcome address expressed gratitude to the District Administration for supporting them to organize the show in the district adding that the current dispensation is keen to support the artists of J&K and various initiatives are taken by the LG Administration in this regard.
In fact, organizing Jashn-e-Kashmir will really provide the platform to the youth artists to show their talent, he said.Organising partners hoped that these kinds of festivals play a big role in reviving the age-old folk dance culture as it gives a platform for the presentation of folk dance.
These festivals will create awareness of the rich culture among the people. Folk theatre and folk dance plays a tremendous role to entertain people as well as highlight their day-to-day problems and artists get a platform to showcase their talent.
Later, all the participants were felicitated with Awards and mementos during a felicitation ceremony.The Joint Director, Planning Khursheed Ahmed Khatana; ACD, CEO, District Officers, officials and large public and students of various Educational Institutions participated in the said cultural festival.