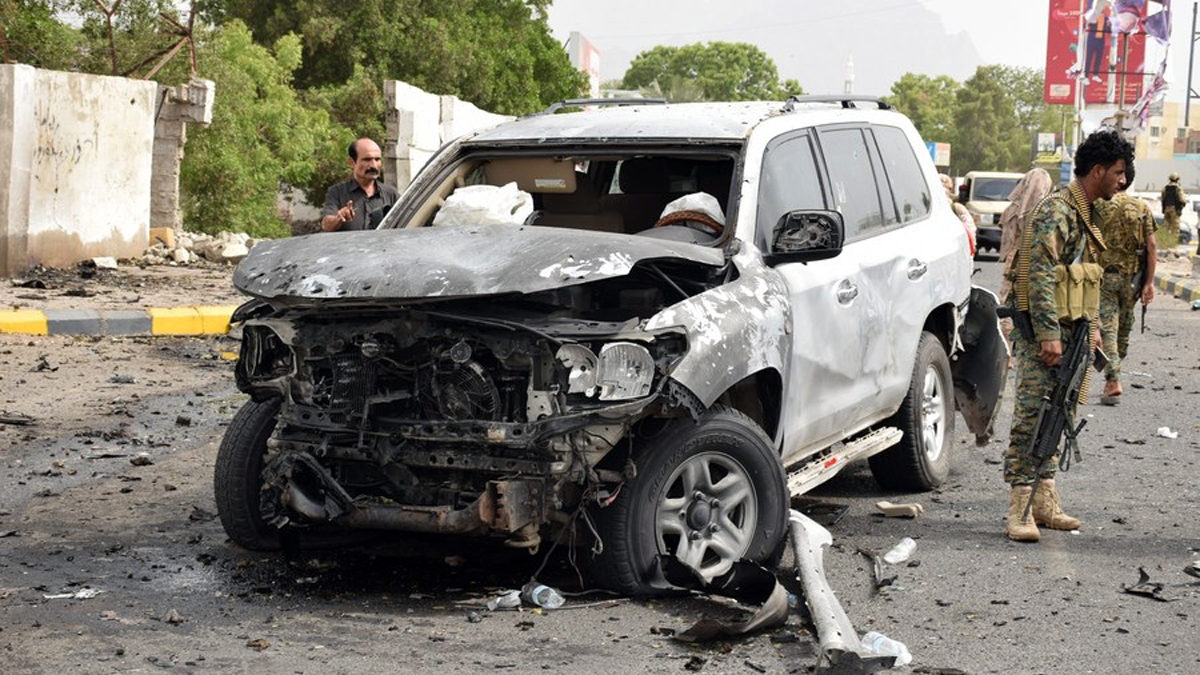 Aden (Yemen) : Three soldiers of the Yemeni government forces were killed and eight others injured by unidentified gunmen, who ambushed their convoy in the country’s southeastern province of Hadramout.
The gunmen, suspected of belonging to terror groups, ambushed the soldiers in the Al Abr district of Hadramout, a local security source told Xinhua on condition of anonymity on Friday. He noted the ambush targeted a convoy of newly-recruited government troops backed by Saudi Arabia in the turbulent district, Xinhua news agency reported.
The suspected terror attackers fled the area following an intense armed confrontation with the government soldiers, according to the official. No one has claimed responsibility for the attack so far, but local security officials believe that al-Qaida terrorist group stands behind such ambushes.
Scores of al-Qaida militants frequently use hit-and-run tactics against Yemeni government forces while hiding out in rocky terrains and mountainous areas of Abyan and other neighbouring provinces.
The Yemen-based al-Qaida in the Arabian Peninsula network has exploited years of deadly conflict between the Yemeni government and the Houthi militia to expand its presence in various areas of the war-ravaged Arab country.
It has carried out many high-profile attacks against the security forces in the country’s southern provinces during the past months.