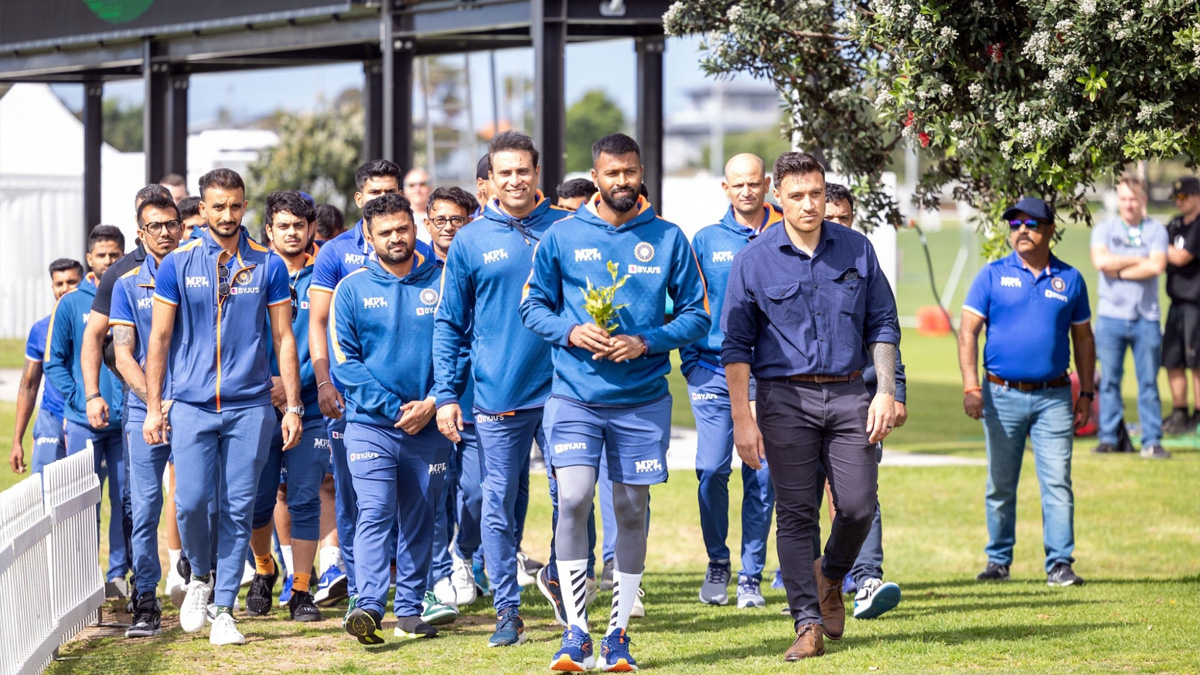 Mount Maunganui : The Indian cricket team, led by stand-in skipper Hardik Pandya, received a traditional Maori welcome after their arrival in Mount Maunganui ahead of the second T20I against New Zealand at Bay Oval on Sunday.
The visitors received a welcome from the Maori powhiri at an area of the ground, with all members of the squad enjoying themselves in a warm and fun-filled time. The local Iwi who conducted the ceremony represent all three local Iwi; Ngai Te Rangi, Ngati Pukenga and Ngati Ranginui.
The Twitter handle of the Board of Control for Cricket in India (BCCI) also tweeted about the traditional welcome the side received at Mount Maunganui. As per newzealand.com, a powhiri is a Maori culture welcoming ceremony, involving whaikorero (formal speech), waiata (singing) and kai (food).
It is also often performed for tourist groups as part of special events apart from being used to welcome guests onto a marae or during other ceremonies, such as during a dedication of a building.
Both India and New Zealand will be hoping that some play happens in the second T20I on Sunday in front of a sell-out crowd after the T20I series opener was called off without a ball being bowled due to persistent rain at the Sky Stadium on Friday.
Both teams are playing in the three-match T20I series after exiting the Men’s T20 World Cup in Australia from the semi-final stage. While India lost to eventual champions England by ten wickets at Adelaide Oval, New Zealand had to face a seven-wicket defeat at the hands of runners-up Pakistan at Sydney Cricket Ground.
In the absence of first-choice regulars like skipper Rohit Sharma, Virat Kohli and KL Rahul, Hardik is leading the side with wicketkeeper-batter Rishabh Pant serving as his deputy.