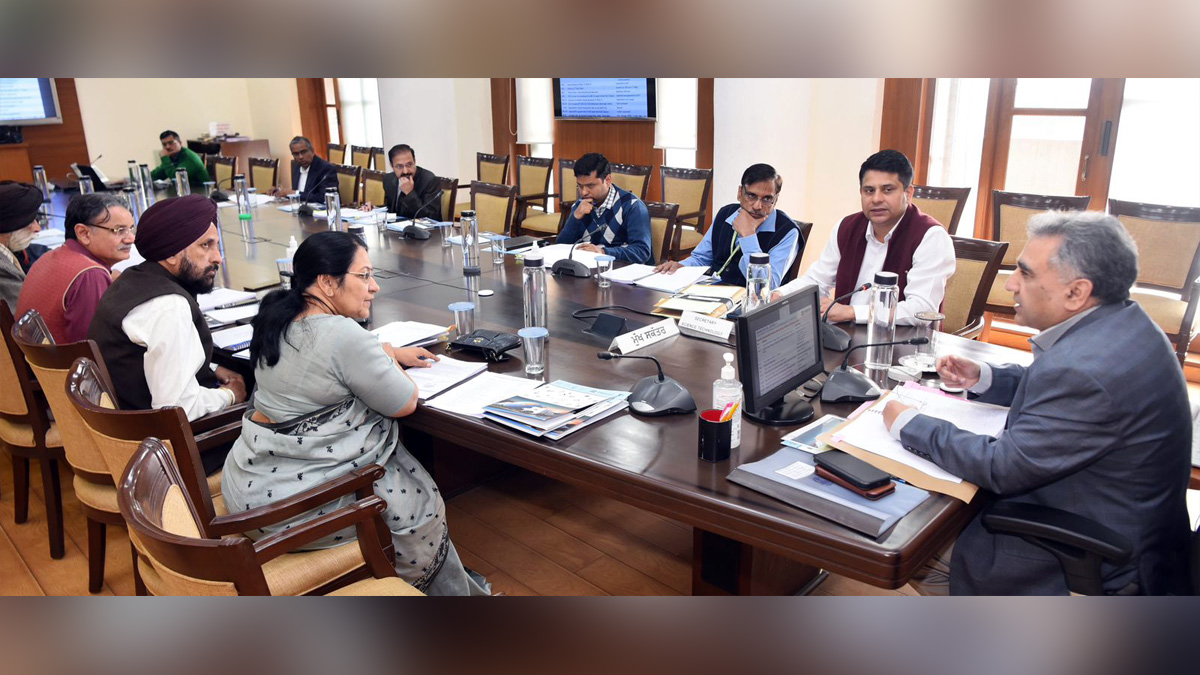 Chandigarh : Taking forward the vision of Punjab Chief Minister Bhagwant Mann to nurture science, technology and innovation in the State, Punjab Chief Secretary Vijay Kumar Janjua today gave green signal to upgrade Large Format Film Theatre in the Pushpa Gujral Science City, Kapurthala.
A decision to this effect was taken in a meeting of Governing body of science city held under the chairmanship of Chief Secretary here today. The Chief Secretary gave a go ahead for upgradation of Large Format Film Theatre from the existing system to high resolution full dome digital immersive projection system.
He said that the Pushpa Gujral Science City (PGSC) has been entrusted with the responsibility to spearhead Mission Popular Science. Janjua said that Governing Body has approved the procurement of a new 3D film “Dino Safari” which will soon be launched for benefit of general public and students.
He further said that the State Government had sanctioned Rs.5 Cr. during the current Financial Year out of which Rs.4 Cr. has already been released for visit of Government School students.Secretary Science Technology and Environment Rahul Tewari informed that Science City has been organizing interactive student based activities every alternate day.
Director General Science City Dr Neelima Jerath Informed the meeting that in the last seven months (1st April to 31st October 2022) total 1,54,110 visitors have visited the Science City, out of which 93,373 were students and 60,747 were other visitors.
The officers of STE appraised the CS that they were also working at a proposal of making another science city in mohali and a science centre in faridkot and CS directed them to process these cases expeditiously so that liking for science and a scientific temper could be built in the people of punjab