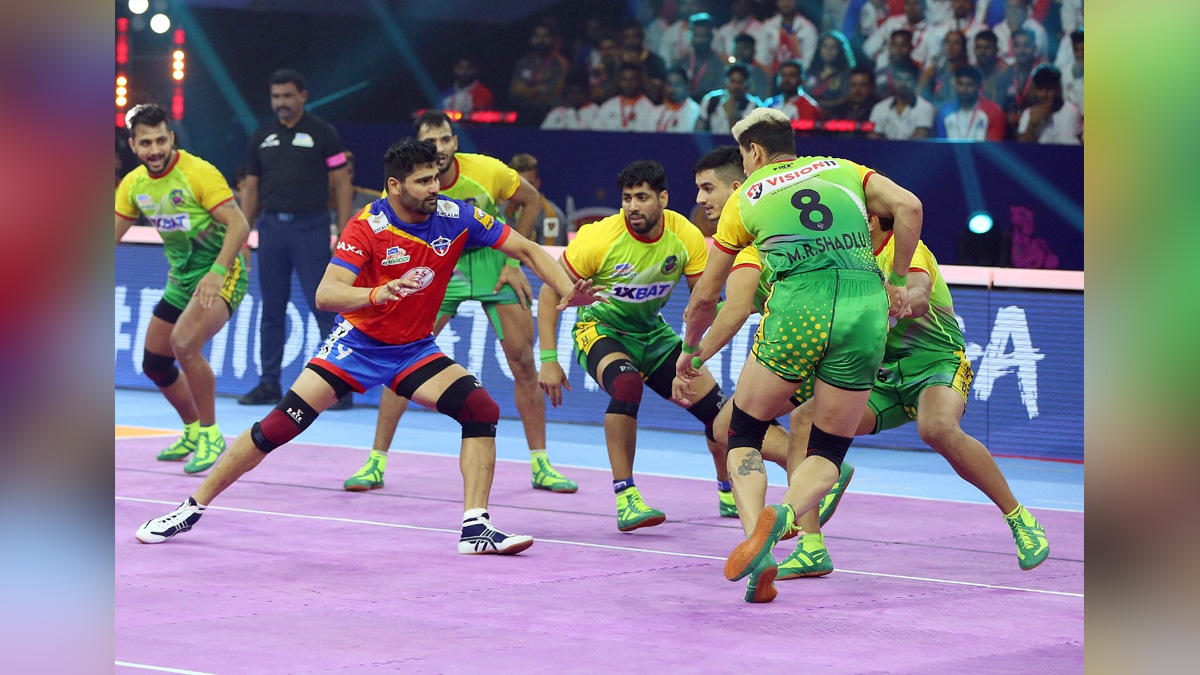 Pune : Patna Pirates picked up their second win in the Pro Kabaddi League Season 9 at the Shree Shiv Chhatrapati Sports Complex, here after defeating U.P. Yoddhas 34-29 in the last game of the night on Friday.
The two sides played out a neck-and-neck contest right from the start. The Pirates kicked off the action by picking up the first points of the match. This match-up was drawn to be a test of the Pirates’ defence against the Yoddhas’ raiding duo of Pardeep Narwal and Surender Gill.
And to their credit, the Pirates’ defenders kept the duo silent through the first half allowing them barely any inroads on the attack. On almost every metric, the two teams were level and going into the break, the Pirates led by a mere two points at 13-11.
After a fairly tepid first period, the game sparked to life four minutes into the second half, when Pirates’ raider Sachin affected consecutive successful raids to put the Yoddhas on the brink of an all-out.
Mohammadreza Shadloui Chiyaneh’s brilliant tackle on Gill gave them an easy chance to get one. They got the first All Out of the game to extend their lead to 19-11.That setback sparked the Yoddhas and in particular Narwal, to life.
Within minutes, the PKL veteran had executed one of the raids of the season so far, his Super Raid catching out five Pirates players Manish, Rohit Gulia, Chiyaneh, Sunil and Sachin to reduce them to one player on the mat.
Soon enough the Yoddhas had an All Out of their own and took the lead at 23-21.The Pirates rallied from that shocking setback to seize control of the game again and had the Yoddhas cornered and bracing for another all-out.
Right on the brink, a Super Tackle by Rohit Tomar on Sachin drew the team’s level and set up a nervy final two minutes.With barely 20 seconds left, on the second last raid of the night, on a Do Oo Die raid, with all to lose, Sachin pulled off a Super Raid and effected a second All Out on the Yoddhas, to hand his team a hard-fought victory.